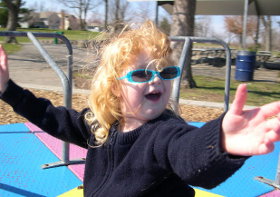 The performing arts have changed a lot over time. Gone are the days when simply talent was good enough to break into and make a mark in any of them. Making a career in the performing arts now requires formal training in music, acting, dance or whatever field you choose.

The field of drama and acting in particular has greatly benefitted from the rise of formal education in the performing arts. Some of the biggest universities in the world now incorporate drama within their curriculum. However, the finest institutions for drama tend to be standalone acting schools that manage to hire the very best drama instructors.

Although there are many drama schools popping up all over the world, only a few of them can claim to the finest; attending any one of these drama schools is usually enough to make anyone’s career. As a result, the competition for getting admission into drama schools is fierce.

Here are a few top tips to help you get into a good drama school:

Apply to as many schools as possible

You may have your mind set upon a particular drama school, but you have to be realistic about your chances. The best drama schools attract numerous applicants from all over the world and the chances of getting into any of the top schools is very slim, no matter how talented you are.

It is always advisable to apply to as many drama schools as possible. You will have to give more auditions, but it will greatly increase your chances of getting accepted into a reputable institute. Doing research during the application process will also help you narrow down the drama schools that you should be targeting.

Pay close attention to the admission and audition requirements

The biggest mistake students make is to overlook the audition and admission requirements. As far as admission is concerned, drama schools often have a strict selection process.

For example, some drama schools around the world do not accept international students, while others give special consideration to students coming in from other countries. During the application process, make sure that you do qualify for the institution’s admission requirements. If not, you are wasting precious time that you can spend rehearsing for auditions to other drama schools.

Drama instructors believe that a critical mistake often made is the lack of practice before audition. It does not matter how often you have practiced your speech or monologue, keep practicing whenever and wherever you have time. Perfection in drama is not easy to achieve but you have to get as close to perfection as possible if you want to get into the best drama schools. Only regular practice will help you reach new heights in acting.

Getting into the best drama schools is not an impossible task, but it certainly is very difficult. Hopefully these tips should help you get into a reputable drama school.

About The Author:
Guest post written by Holly Biggs from Los Angeles acting school. She has been working hard to effectively train students in the field of performing arts and provides tips on the same.