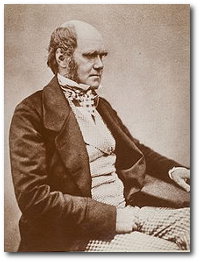 Imagine floating over mountains and icecaps, and stroking the soft, melting clouds overhead. Your superhuman abilities seem unreal, but what does it matter? You don’t have a care in the world. Just as you’re enjoying this sensation, a loud, repetitive noise abruptly rips the skies apart and sends you hurtling back towards Earth. But before the impact you wake up in your bed, and through blurry eyes you realise that the serenity of your dream had to end as this time, to set you up for another day at the office.

This scenario is one we all recognise to some extent, but what many of us take for granted is the opening of our eyes and the immediacy of our sight. It really is incredible: have you ever considered for a moment how your eyes work, or even why you have them at all? Read on to discover the mysteries hidden in the depths of the human eye.

From the Absurd to Evolution

Charles Darwin studied the eye profusely, trying to uncover the secrets of its evolution for his progressive work “The Origin of Species”. He was baffled by how the eye could have evolved through spontaneous mutation, and even admitted himself that the idea was ”absurd.” However, scientists at the European Molecular Biology Laboratory (EMBL) recently discovered the truth behind the evolution of the human eye, and proved that Darwin was correct, even though he himself doubted his own theory of evolution.

How Your Eyes Evolved

To understand the EMBL’s findings, you first need to study the anatomy of the eye. Much like a digital camera, the eye focuses light primarily through the cornea, that is to say the clear surface at the front of the eye. The iris then adjusts the size of the pupil to control the amount of light that will reach the back of the eye. Towards the back of the eye, the lens further focuses the light before it reaches the retina, which is a sensitive inner lining at the back of the eye; the retina converts the optical images into electronic signals, which are then transmitted to the visual cortex through the optic nerves, enabling sight.

The retina contains photoreceptor cells known as rods and cones, and it is here that the EMBL have discovered the origins of the eye’s evolution. Scientists found that these light sensitive cells originated in the brain. Unlike most animals, human ciliary cells developed into rods and cones, giving us vision. In other animals, the rhabdomeric cells evolved into eyes, whilst the ciliary cells remained contained within the brain.

However, being made up of over two million complex working parts is still not enough for the human eye to work: for sight to function correctly, all these parts need to be not just simply present, but also in the exact size and shape.. As the second most complex part of the body, only losing out to its big brother the brain, the eye can process an amazing 36,000 bits of data every hour, and spot a candle from 14 miles away.

Our eyesight really is an amazing fete of engineering that we should appreciate and not take for granted. A study by Bausch and Lomb revealed that 7 out of 10 people would rather lose a decade of their life than their eyesight, and once you appreciate the complexity and the effect that your eyes have on your life, it’s easy to understand why.

About The Author
Adam Wray is a keen historian and blogger at Lenstore.co.uk