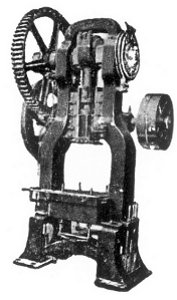 I would argue that being an engineer is more than just a job. To me, being an engineer is actually a state of mind and something that anyone can develop over time. Supporting my argument is the fact that there are so many different kinds of engineering job meaning that there’s no neat definition you can put on it as a career. You can be a software engineer for instance, an electronic engineer, a mechanical engineer… heck some people even call themselves ‘maths engineers’ and ‘word engineers’. If you work behind a till, then perhaps you could start calling yourself a ‘customer service engineer’.

The point is that any problem can be approached as an engineer, and that this is an incredibly useful ability to have. Of course people who have ‘conventional’ engineering roles will think like this naturally and that’s what will have made them right for the job, but for the rest of us there is a lot to be said for learning this kind of thinking and applying it in our own lives and careers. So let’s look at how an engineer thinks…

Problems to be Solved

Engineers are faced with design challenges and problems every day. They will be presented with a set of supplies, a set of tools and a particular aim, and then be left to try and create a satisfactory solution using those resources. As such, the engineer is someone who doesn’t easily get stymied or stopped in their tracks – when they hit a wall they simply look for a way around it because they know that there almost always is one when you look hard enough.

Engineers know that this is true even when the problem often seems insurmountable. They might be asked to make a gadget smaller, or to make a program run faster and almost every single time they will tell their client or boss that it ‘can’t be done’, ‘you’re asking for the impossible’. Every time though, you will go away and surprise both yourself and them when you stumble upon a solution and get it to work. That’s how progress is made, and it’s what makes you a great engineer.

So the engineer doesn’t give up when they face a problem but instead get to work on a solution. But they also go about approaching those problems in a different way, which also helps them to often overcome the perceived difficulties.

The engineer knows that you are never out of resources – only ever out of resourcefulness. They know that the best way to solve a problem is to use their head and to think up a solution. And they will often use this same approach when facing problems in their lives. Trying to impress the girl or guy of your dreams? Then come up with a plan! Not happy with where your life is right now? Then think up a solution in a number of stages that can make it better. If you apply enough thought and enough creativity to any problem, you can almost always find a good solution.

You will also find that the engineer has an innate desire to tinker and to take things apart. One of the big reasons that we become engineers in the first place is down to a simple need to know how things work – and so engineers will constantly be analysing things and working out how they tick.

To the outsider this can come across as a little compulsive – even nerdy – but actually it’s a great trait to have. If no one knew how anything worked, then life would come to a complete standstill and we wouldn’t see any progress. No one would be able to build the incredible inventions of the future, and no one would be able to maintain the things we have now.

Again this kind of fascination for the way things work can be applied to any area of life. Relationships, finances, motivation… all of it can be broken down into working parts and put back together again. And it’s by recognising these patterns and understanding the way things work that you can work out how to improve them. The greatest engineers solve problems that no one else even notices yet…

So if you want more from life, or if you’re facing a challenge the solution might just be simple: think like an engineer.

About The Author:
This post has been contributed by Nathan Luz, who is a design consultant.  He is very passionate about cars and bikes. Visit www.trjengineering.com.au for more information about him and his company.