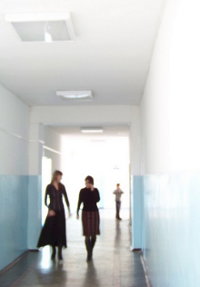 What follows are five characteristics that can perhaps form at least part of the definition as to what makes up a great teacher. It is fair to say that the role that is played by the teacher has changed in recent decades as the days of the old strict headmaster striking fear into everybody have now long gone as you will see throughout the rest of this article.

1. The teacher must show that they have respect for the students.

The best teachers let their students know that they respect them and value their opinion on things and this does result in a better atmosphere in the classroom and the students will then tend to flourish. By letting them know that you value what they say it does encourage them to stand up and be heard and it has been shown that they are more likely to both ask and answer questions due to there not being a feeling of them being ridiculed for doing so.

2. They are enthusiastic, bright, and willing to learn.

It always makes a real difference when the teacher is enthusiastic about being there and that this is a natural enthusiasm rather than one that is simply put on. Students feel better about being in the classroom when their teacher is smiling and talks in a way that makes them feel that they do want to be there, and to teach them, and it will result in them listening to what the teacher says. Finally, a great teacher is also going to want to keep up to date with the latest methods and ideas to ensure that their students are being taught correctly and of course it helps to keep things fresh for the students rather than being taught the same old stuff time and time again.

3. They make the classroom feel like a group rather than a set of individuals.

A good teacher should be able to make their classroom feel as if it is some kind of community rather than a group of individuals as this will result in the students actually learning more and everybody getting along better. Each student will know that there are various rules in the community that must be followed and that when they are in the classroom they will be expected to do various things, but they will feel that nobody is better than anybody else leading to less animosity in the group and everybody will get on better.

4. A great teacher can think on the spot.

One of the main characteristics has to be the ability to think on the spot when they see that a certain lesson is not going as planned and the students are just not grasping a certain concept. Being unable to do this will only lead to frustration in the classroom not only with the students, but also the teacher, so flexibility is key as well as the ability to accept the fact that the first plan was maybe not as good as was first thought.

5. They are professional at all times and willing to get help from others.

Finally, there is a line between being relaxed with students, but also staying professional at all times and this does mean that the teacher has to look the part and to talk in a professional manner in order to get respect from students. They must also be willing to talk to their colleagues should they be having any problems and to be open to some constructive criticism as this is the only way in which they can learn and improve as a teacher. Thinking that they know everything will only lead to failure both personally as well as in the classroom.

Those are just five of the key characteristics that make up a great teacher and you will see that even though some of them do involve discipline there is now a lot more to teaching than ruling with an iron first. Instead, respect and a willingness to work and learn have taken over resulting in a better atmosphere in the classroom and the students themselves learning more in the presence of a great teacher.

About The Author:
Michel is a passionate blogger about educational topics and works for an agency offering teaching jobs in Perth.