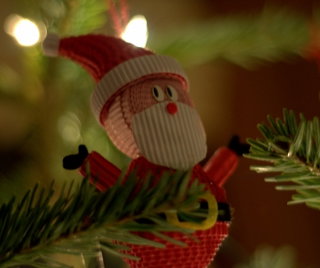 We all have fond memories of Christmas growing up. When we were young, it seemed as though Christmas was a truly magical time and probably the most exciting day of the year. Not only because of the food and the presents (which certainly helped), but also because of the grandeur, the atmosphere and the lighting. Christmas always felt like a specialday and clichéd though it sounds, magical.

For me though, Christmas always seemed particularly special compared to the other children and particularly unique. The reason for this is that I have a Polish Dad and a German Mum. For that reason we did Christmas continental style – something which my classmates weren’t familiar with, but which I’m a huge fan of.

If you want to make your Christmases more scenic, more special and more romantic then I would highly recommend taking some cues from the European way of doing Christmas. Read on to find out what that would entail and why it makes for such memorable moments.

The biggest difference between the UK/US and continental ways of doing Christmas, is that on the continent they tend to celebrate Christmas on Christmas eve. This is when they open their presents, and Christmas day is reserved simply for eating the roast.

Another difference is the timing. In Europe, the presents are not only opened on Christmas eve, but also when it’s dark. Traditionally the family will wait until the first star is visible in the sky and only then open the presents. While waiting, they will sit and talk with candles, chocolates and carols (in Germany those chocolates the delicious Lepkuchen – worth seeking out on their own if you’re a fan of ginger).

The great thing about opening presents this way is that it builds anticipation for the moment and means that you build up to the actual opening. The other reason it works meanwhile is because it creates such an amazing atmosphere – the tree looks beautiful in the evening, the carols provide great backing music, and there is a sense of peace and calm that’s absent when you’re tearing presents open first thing in the morning.

So if you’re opening your presents on Christmas eve, where does Santa come into it all? Well if you want to do Christmas properly the way that it is handled in Germany, then Santa actually has an even bigger role to play. In Germany you see, Santa doesn’t only bring the presents – he also brings the tree and does it all on the day.

The way this would traditionally work, is that one parent would come up with an excuse to distract the children and take them out of the house. During this time, the other parent would busy themselves setting up the tree and putting all the presents next to it. Then, when the child comes back home they would see an entire tree having appeared in the living room lit up beautifully and with presents underneath it. For a younger child this is an incredibly magical moment, and one that is hard to explain for a five-year-old mind.

The Best of Both

Of course that is not to say that the American Christmas is not also a very magical occasion – the two are simply different. The point is though, that there are other ways to do Christmas, and that some of them can help to create more atmosphere and romance. Why not try doing Christmas the German way just once? Or alternatively, combining the best parts of each. Growing up my parents didn’t want me to feel left out when all my friends were getting their presents on Christmas morning, and so they made a compromise – their explanation was that on Christmas eve, my sister and I would receive presents from them which we’d open in the evening sitting around the tree, then on Christmas day we would get to open the presents from Father Christmas in the morning in a stocking. We didn’t get any more presents – they simply spread the gifts out across two days, which of course also had the added bonus of drawing the whole occasion out even more.

I have incredibly happy memories of doing Christmas that way, so why not give it a go and see if your Christmas won’t benefit from a bit of a change too?

About The Author
This post has been contributed by Jamie Watson who is an employee at Christmas All Year, a company that offers wreath decorations. He is very passionate about photography and editing.